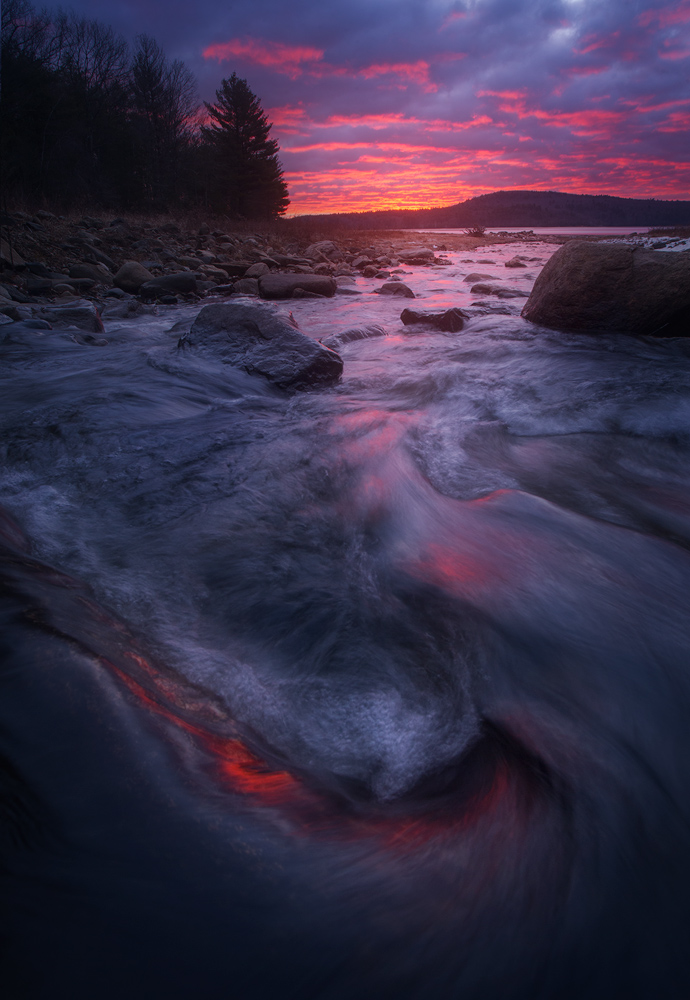 I'm always watching weather patterns and clouds trying to predict the magic and you would think after over 20 years of chasing light I'd feel confident I could predict the show but not even close. I've been absolutely certain of a light show that never came so many times I've given up trying to predict it. My current approach is, if it looks like there's a 50% chance then I'm off to chase. On this morning I felt pretty confident it was going to happen so I arrived an hour early and scouted my compositions. I could feel the adrenaline racing as I watched the magenta glow build on the horizon and found some comps I was really happy with. It was special but I felt like the good stuff was on it's way. This was one of those, absolutely no question, light shows. As I stood in the stream waiting for the magic the glow on the horizon slowly disappeared. In disbelief I packed up my gear and wandered up the trail. After about 10 minutes I looked back through the forest to see the glow on the horizon back in full force!!!!! What?!?!? I sprinted back to the stream and quickly set up to capture the encore performance:-). Photo © copyright by Patrick Zephyr.