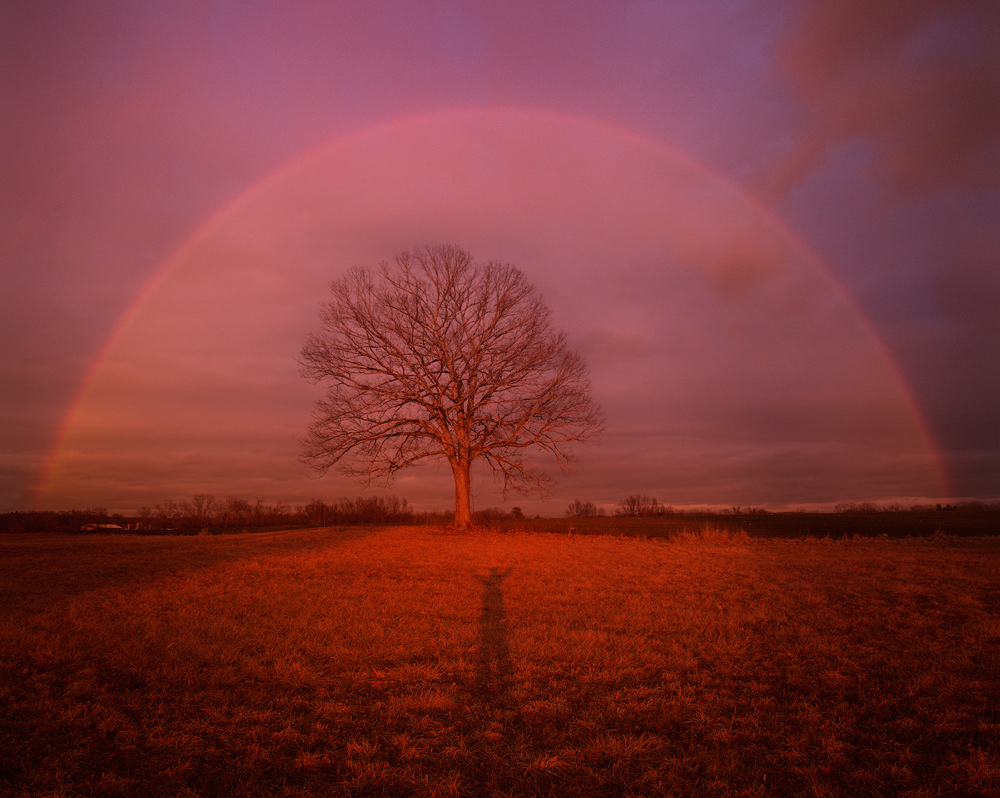 I've been lucky enough to witness a few of these over the years. A rainbow is a special site but a rainbow in a magenta sky takes it to another place. After a day of heavy rain and thunder the sky in all directions lit up pink as sunset approached. I took off for one of my favorite trees knowing that if a rainbow appeared it would be right over this tree. On the way there the rainbow did appear. I pulled over in a spot with a clear view of the eastern horizon and snapped a few shots of the rainbow (in case it faded before I got to my tree comp) It did and when I got to the location the rainbow was still there but fading fast. I was able to capture the last of the light on the tree and foreground with my shadow but no rainbow. This is a composite of the rainbow captured moments earlier. The magic of technology allowed me to go back in time and see the rainbow sitting over one of my favorite trees as I'm certain it did just a few minutes earlier. :-). Photo © copyright by Patrick Zephyr.