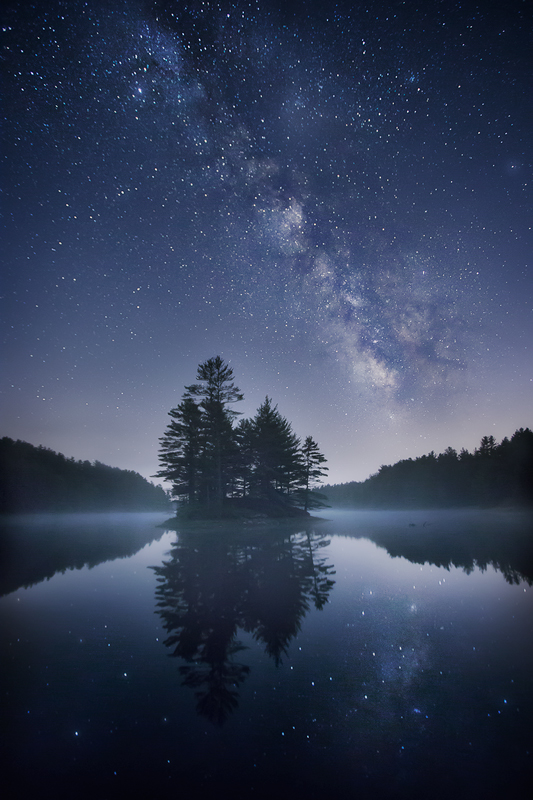 This was captured toward the end of the stretch of the month when the Milky Way is visible. On this morning the moon set at about 3am and the predawn light begins at about 3:30am so the window to really see the Milky Way clearly was about Ã‚Â½ hour. IÃ¢â‚¬â„¢ve wanted to see where the Milky Way would be at this location and the sky was clear so I thought IÃ¢â‚¬â„¢d check it out and scout it for later this month when I had more time to shoot. This was captured during that scout last month. IÃ¢â‚¬â„¢m excited to get back to this location later this month when the MW window is longer. The water was like glass for about 15 minutes until a beaver decided to come warn me that I was too close by slapping his tail right in the foreground of my composition!!! I was able to get a few frames before the tail slapping ruined the glass reflection. This is one frame at ISO 10,000, F4, 30 second exposure. Photo © copyright by Patrick Zephyr.